Understanding How the State Legislature Actually Works in Practice

Did you know there are 7,383 state legislators currently working in various positions in our country’s local government? While the legislation process can vary a bit from state to state, the fundamentals of it are the same.

Despite this fact, many citizens are unfamiliar with how their local government’s legislature works. If you want to learn more about how state legislature works, then you’re in the right place.

In this article, we’ll give you a brief crash course, and go into some ways that you can influence your government representatives. Let’s get started!

How Does the Process For Most State Legislature Work?

As we mentioned before, the state legislatures are different from state to state. These differences often account for things like the number of staff and members, the amount of time spent at each session, the different procedures, and the political makeup of the legislature.

However, the process that each state legislature goes through is quite similar. First, a legislator introduces a bill that they want to go into law. This bill is then assigned to a specific committee.

The committee then holds public meetings to discuss the bill. After these meetings are held, the committee will either amend the bill, send it to the Senate or House to debate, or kill it.

After legislators debate the bill, then they’ll either vote it up, down, or choose to amend it. If the bill is approved, then it will go through the same procedure in the other chamber.

Keep in mind that if the bill is amended in the second chamber, then the changes must also be approved by the first chamber. Once the legislature is approved, then the governor will either sign it or veto it. If they veto it, then the legislature can override their veto.

How Can You Influence Your State Legislature?

The best way that the average person can influence their state’s legislature is by attending committee meetings and making your voice heard. Sadly, this won’t do much beyond the committee process.

And, as you can see, there are a lot more phases that the bill will need to go through before it can be passed. If you want to continue to influence the passage of the bill, then we recommend starting or joining a lobby group.

These groups can create coalitions that can produce noticeable political power. Make sure to click here to learn more about them.

We hope this article helped you learn more about how the state legislature works. As you can see, there are a lot of hurdles that a bill needs to go through before it ever has a chance of becoming law.

As such, understanding how the process works, and (more importantly) how to influence it, is the secret to passing meaningful legislation that can make a positive difference in your life.

Did you enjoy this article? If the answer is yes, then you’re in the right place. Keep exploring to find more topics that you’re sure to love. 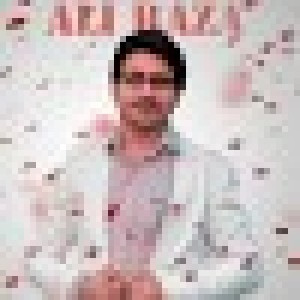 Why Should You Add Lining To Your Couch Covers

Low-Waste Ideas for the Kitchen, Grocery Store, and Beyond

Techniques on How to Get Rid of Make-Up Stains

What makes a good Real Estate Agents in Bardon?